this quarter i’ve been working on redesigning how bugs are viewed and edited on bugzilla.mozilla.org – expect large changes to how bmo looks and feels! unsurprisingly some of the oldest code in bugzilla is that which displays bugs; it has grown organically over time to cope with the many varying requirements of its users worldwide. while there has been ui improvements over time (such as the sandstone skin), we felt it was time to take a step back and start looking at bugzilla with a fresh set of eyes. we wanted something that was designed for mozilla’s workflow, that didn’t look like it was designed last century, and would provide us with a flexible base upon which we could build further improvements. a core idea of the design is to load the bug initially in a read-only “view” mode, requiring the user to click on an “edit” button to make most changes. this enables us to defer loading of a lot of data when the page is initially loaded, as well as providing a much cleaner and less overwhelming view of bugs. 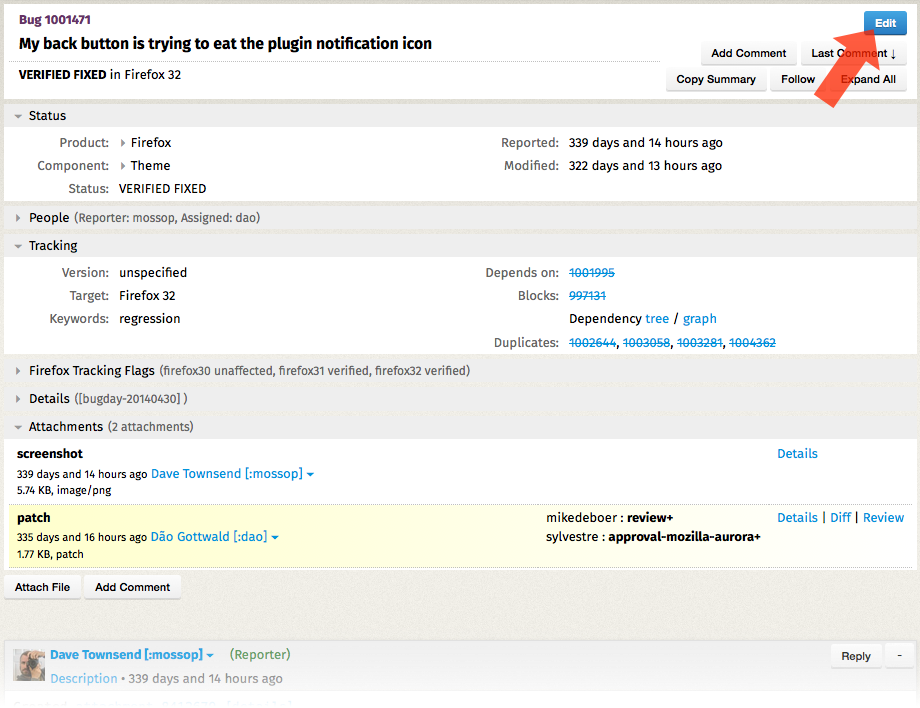 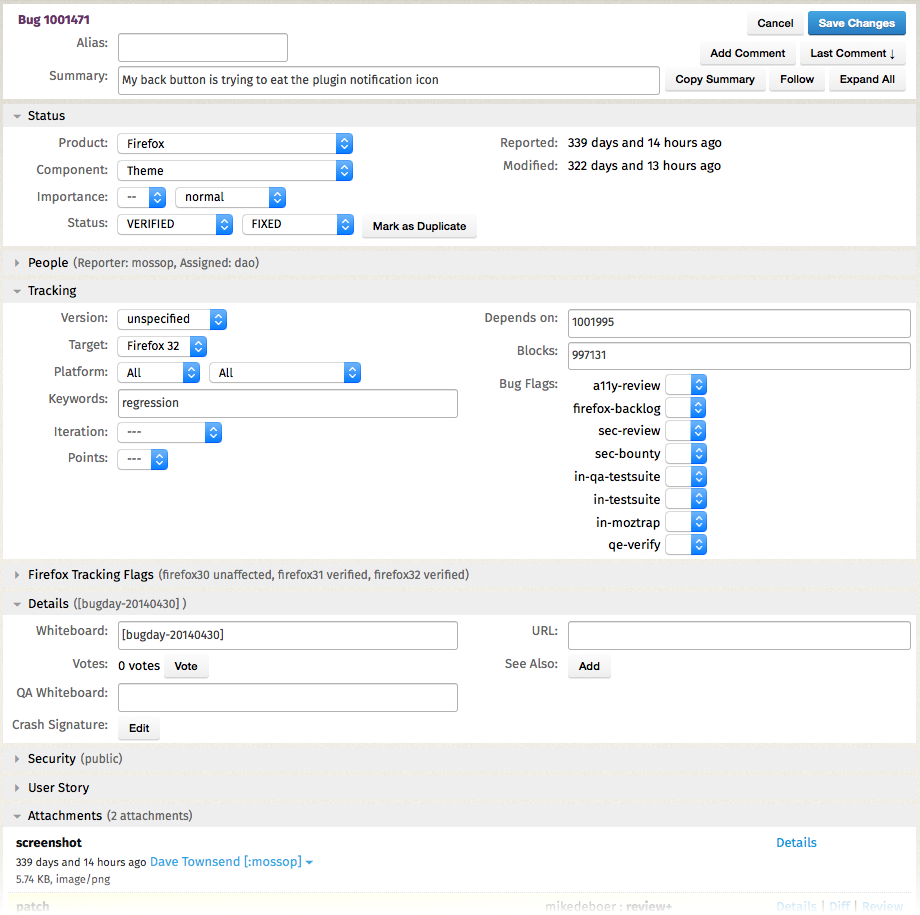 you can use it today!

this new view has been deployed to bugzilla.mozilla.org, and you can enable it by setting the user preference “experimental user interface“ to “on”. you can also enable it per-bug by appending &format=modal to the url (eg. https://bugzilla.mozilla.org/show_bug.cgi?id=1096798&format=modal). once enabled you can disable it per-bug by appending &format=default to the url.

there’s still a lot to be done before there’s feature parity between the new modal view and the current show_bug. some of the major items missing with the initial release include (edit: these items have all been implemented):

you can view the complete list of bugs, or file a new bug if you discover something broken or missing that hasn’t already been reported.