at the end of october we landed bug 910565 on bmo, which altered how bugmail is generated.

prior to that change, generating each recipient’s email blocked the completion of the update until all emails were generated and queued for delivery. with an average of 40 emails being sent for each bug change, the time we spent waiting on email generation could be significant. the improvements are much more noticeable when marking a bug as a duplicate or adjusting intra-bug dependencies, where it wasn’t unusual for more than 100 emails to be sent.

the fix involves serialising bugzilla objects and pushing that into our worker queue. bugzilla’s worker daemon now handles both email generation and delivery.

the following before/after graphs of the time taken to update bugs clearly demonstrate the improvements: 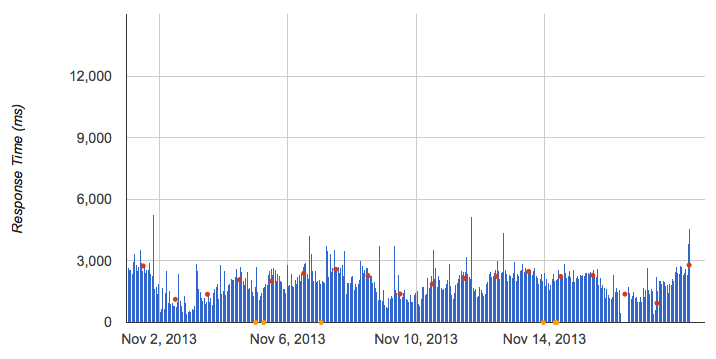